KPFA Evening News Anchor Sharon Sobotta: At Thursday’s Senate Foreign Relations Committee hearing on South Sudan, Assistant Secretary of State for African Affairs Linda Thomas-Greenfield said there was no coup attempt in South Sudan in mid-December. According to the administration, the conflict that split factions of the country’s national army against each other did not begin with a coup.

KPFA’s Ann Garrison spoke to Mabior Garang de Mabior, who is the deputy negotiator for the opposition in Addis Abiba, Ethiopia.

KPFA/Ann Garrison: The army of South Sudan’s President Salva Kiir now claim they are close to certain victory against the army faction that rose up against him. Many South Sudanese, however, express fears of ongoing guerrilla violence after the war’s end.

The U.S., in partnership with the Ugandan Army, supported President Kiir militarily, but this week, President Obama and the State Department publicly and adamantly dismissed President Kiir’s claim that the war began with a mid-December coup attempt that compelled him to arrest 13 members of his own government and party.

The U.S., E.U. and African envoys to the peace talks in Addis Ababa joined the opposition’s negotiating team in calling on President Kiir to free the imprisoned officials, but they also called on opposition commander Riek Machar to drop his demand that a ceasefire be conditional upon the prisoners’ release. Yesterday the opposition’s negotiating team at the peace talks in Addis Abbaba announced that they had dropped that demand. 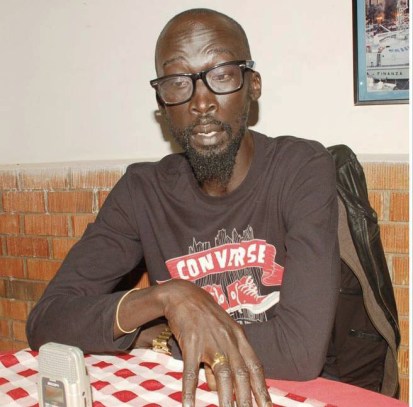 Mabior Garang de Mabior is a member of the opposition negotiating team and the son of South Sudan’s liberation hero, John Garang.

Mabior Garang de Mabior, a member of Machar’s negotiating team and the son of the South’s liberation hero, John Garang, told KPFA that the problem at the heart of the conflict is forging a national identity that supersedes tribal identity and a national government that uses the country’s great oil wealth to advance the needs of the people.

Eight million of the 10 million South Sudanese, he said, are suffering in conditions similar to those in the refugee camps that the world is now focused on because of the fighting. Many have neither clean water nor secure food sources.

Mabior Garang de Mabior: The oil wealth has not really trickled down, and it is what all the issues are about. I would not like at all to downplay the humanitarian need and catastrophe that has been caused by this war. Two hundred thousand people displaced is alarming.

But if we put things in context for a minute, we see that we are talking about 200,000 out of our population of 8 million. Eight million South Sudanese in our cattle camps and villages have been living in conditions very similar to the conditions that we are seeing in the camps.

So the humanitarian need in terms of the suffering of our people is not something new from December the 15th. It is something which has been there.

But of course it has really been compounded by the conflict, and the suffering of our people has been brought to world attention by this conflict. The oil revenues have not trickled down to our people. People in the cattle camps and villages have been suffering and living in poverty for the past nine years, like refugees.

The suffering of our people has been brought to world attention by this conflict. The oil revenues have not trickled down to our people. People in the cattle camps and villages have been suffering and living in poverty for the past nine years, like refugees.

KPFA: When asked what had happened to the billions of dollars that had not been used to address these human needs, Garang said that he did not want to point fingers because he didn’t have evidence but that an investigation probably needed to be done.

Mabior Garang de Mabior: I don’t know and I really don’t have evidence. I would not like to speculate where it has gone. And this is one of the questions that was asked by the political detainees in their Dec. 6, 2013, press statement. This is one of the questions that was addressed by the press conference: Where has this money gone? So I really don’t know. I can’t really answer. I guess an investigation will have to be done, but I don’t want to point any fingers without having evidence.

Oakland writer Ann Garrison writes for the San Francisco Bay View, Counterpunch, Global Research, Colored Opinions, Black Star News and her own website, Ann Garrison, and produces for AfrobeatRadio on WBAI-NYC,KPFA Evening News and her own YouTube Channel, AnnieGetYourGang. She can be reached atann@afrobeatradio.com. This story first appeared on her website. If you want to see Ann Garrison’s independent reporting continue, please contribute on her website at anngarrison.com.