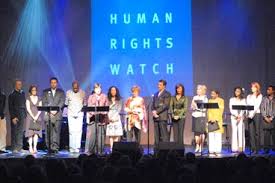 February 9, 2014 [The Guardian] — The UN has been accused of stalling over a report on human rights abuses in South Sudan, as talks between the country’s warring parties resume on Monday in Ethiopia.

Eight weeks after fighting broke out in the world’s newest nation, and despite the presence of a large team of human rights investigators, a keenly awaited dossier on mass killings has not been handed to the UN security council.

Human Rights Watch, the New York-based monitor, called for the UN to make its initial findings public, Skye Wheeler, the watchdog’s South Sudan researcher, saying: “Public reporting on abuses by all parties to this conflict by the UN is urgently needed and a core function of the mission.”

Ivan Simonovic, UN assistant secretary general for human rights, said on 20 January that the organisation would report its preliminary findings in a few weeks.

Under the terms of its mandate the second-largest peacekeeping mission in the world is obliged to monitor, investigate and report human rights abuses. There are private concerns among some UN staff in the capital, Juba, that the forthcoming report will downplay atrocities that have been committed. Hilde Johnson, the Norwegian head of the UN mission in South Sudan (Unmiss), has been criticised for being too close to the government of Salva Kiir, South Sudan’s president.

Ariane Quentier, the spokesperson for Unmiss, said the report had been delayed as access to wartorn areas had not been possible while fighting continued. She said that its findings would be handed to the security council by the end of the coming week but that a public report would have to wait until April.

“We have had to wait to be able to report on both sides. It’s a fine line to walk,” said Quentier.

Fighting broke out in South Sudan on 15 December when a power struggle between the country’s leading politicians spilled over into clashes between ethnic factions in the presidential guard. Within a week violence had spread over much of the country, some of it taking the form of ethnically targeted killings between the president’s Dinka ethnic group and the Nuer of his political rival, Riek Machar.

By the time a ceasefire came into force on 24 January the International Crisis Group estimated that the death toll had passed 10,000, while nearly three-quarters of a million people have been forced to flee their homes. Tens of thousands of civilians and former combatants have sought shelter in a handful of UN bases.

Delegations from the government and the armed opposition under the leadership of Machar, the former vice-president, will resume talks amid accusations by both sides of violations of the ceasefire. The rebels have accused government forces of massacring women and children and razing Leer, Machar’s hometown in the oil-producing Unity state. Satellite images from the Enough Project, a US-based rights monitor, showed hundreds of homes had been destroyed in the area in late January.

The US state department said on Saturday that it was deeply concerned by reports of violations by both the government of South Sudan and anti-government forces of the ceasefire deal.

Further complicating hopes for a negotiated settlement is the continued presence of Ugandan forces in South Sudan. Yoweri Museveni, Uganda’s president, has strongly supported Kiir and committed troops and helicopters on the government’s side.

Jen Psaki, US state department spokesperson, warned of the conflict escalating beyond the country’s borders and called for the “redeployment or phased withdrawal” of foreign forces invited by either side.

Ugandan Government to US: We won’t leave S. Sudan

Rome Peace Talks to resume in Kenya on Monday

An Open Letter to H.E Salva Kiir Mayardit to remove Hon. Athian Diing Athian, The Unqualified Minister of Finance and...

Rome Peace Talks to resume in Kenya on Monday